The latest shenanigans from the whistle workshop...

The Ultimate On-Line Whistle Community. If you find one more ultimater, let us know.
Post Reply
8 posts • Page 1 of 1

The latest shenanigans from the whistle workshop...

Made another whistle yesterday and I'm really happy how this one turned out. I guess there are good reasons why brass is often used for wind instruments. It's hard but not as ridiculously tough to work with as steel and it looks nice. 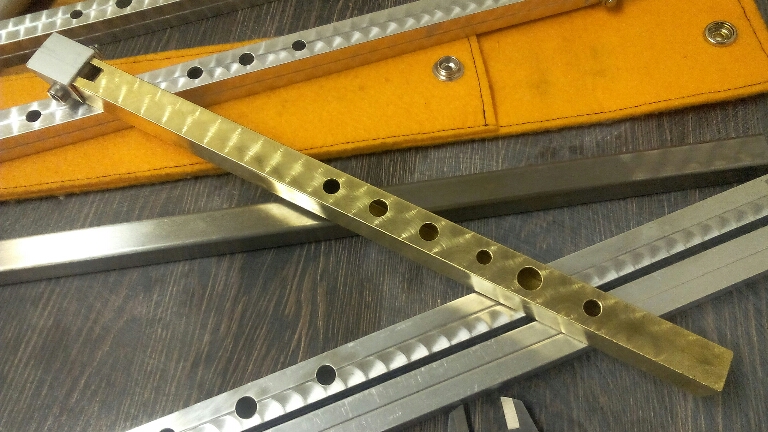 And here is some of the materials I used so far - the stainless steel whistle is still one of my favourites but it's just so hard to work with - sawing the windway takes a half hour. 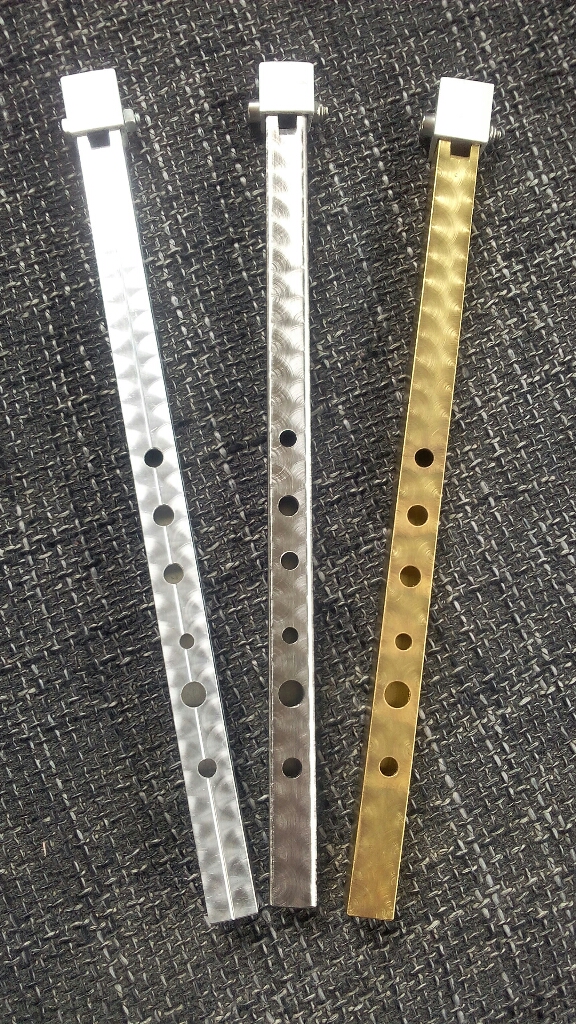 PB+J
Posts: 1098
Joined: Sun Mar 25, 2018 5:40 am
antispam: No
Please enter the next number in sequence: 8
Tell us something.: Hello. I'm a historian and musician living near Washington DC. I play the bass and guitar and focus on jazz. I'm interested for reasons I can't quite explain in Irish music. I play the flute.

. I might record a video with the new one I made but I am unsure which tune.
Top

pandelume
Posts: 3
Joined: Tue Feb 04, 2020 1:33 am
antispam: No
Please enter the next number in sequence: 8
Tell us something.: I'm new to the tin whistle and I'm trying to learn how to play. This message board seems like a good resource for a new player, so I decided to join.

I think these are fantastic and I'd love to hear them.

Would you mind telling a bit more about their construction? I apologize if you've posted about this somewhere else - I looked but didn't see anything.
Top

JackJ
Posts: 78
Joined: Wed Feb 14, 2018 8:29 am
antispam: No
Please enter the next number in sequence: 8
Tell us something.: A new tin whistle player, I'm eager to learn more from the collective wisdom of this group. While my playing could use lots of help, I'm especially eager to learn which recordings to listen to.

I too love the look of these. Makes me think one could turn any stop sign post into a low whistle, since where I live every street sign is mounted on this kind of post: 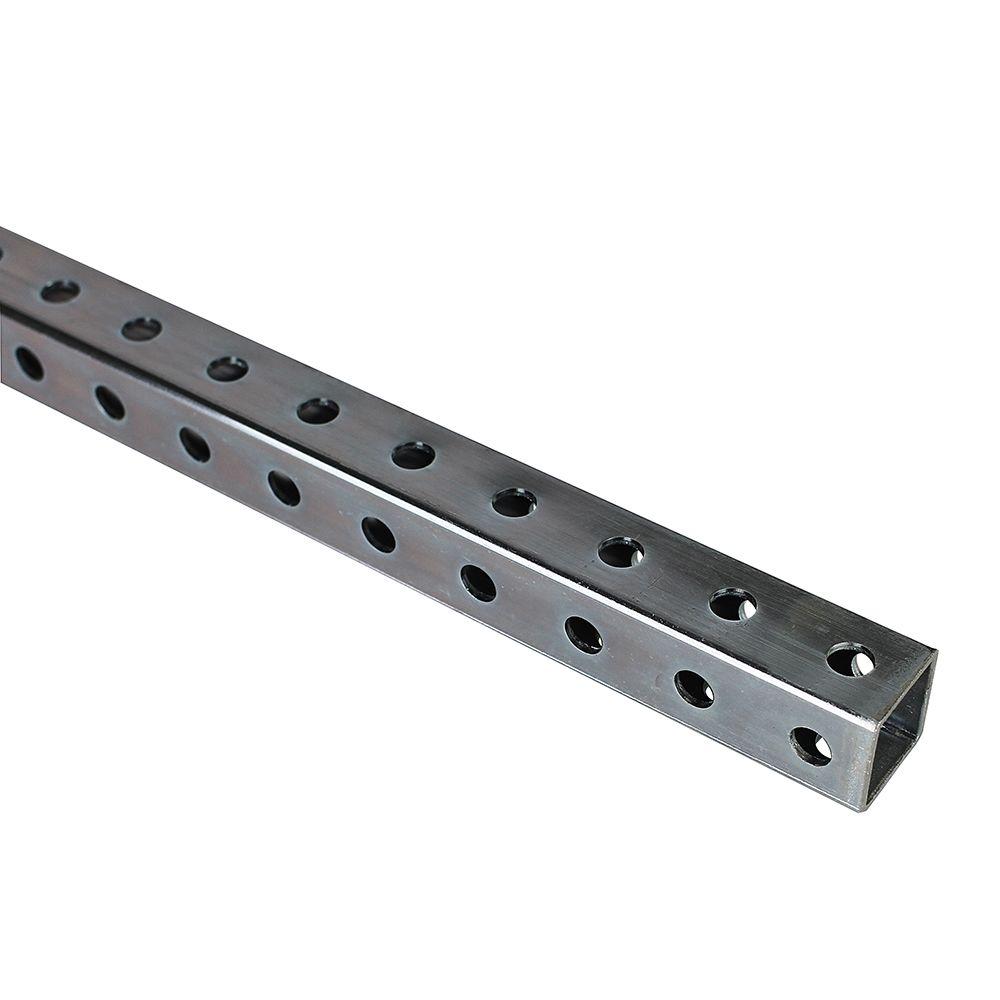 Thanks guys. I will upload a video soon. I also ordered some more brass tubing and bought some brass screws to make a full brass version. The aluminium windway cover is prone to contact corrosion in combination with the brass. I was thinking about putting some food-safe lacquer on the inside to prevent that.
The idea came to me when seeing the square tubing in the hardware store, then I remembered that others have done it before, notably Paetzold with his bass and contrabass recorders, which he developed in the 70's I think. And Nick Metcalf also made some square prototypes, I think in G and A.
I started with aluminium, then made some from construction steel (which rusts) and two from stainless steel (which is incredibly hard to work with -- sawing the windway alone took a half hour). Then I tried the brass, which IMO produces the best results so far as it is harder than aluminium. The harder the better, it seems. The reason why people use hardwoods for whistles. I still have the plan to make a steel whistle but from round tubing as it is easier to cut with a pipe-cutter.
I wanted a construction without glue so I used the large screw to fix it all together. I constructed about 20 prototypes and so far also made a few in C and one in Bb which I modelled after a Generation Bb -- same windway width and length, so it does sound pretty similar.
Some advantages of the square design are:
- the handling, the whistle rests quite well on the thumbs, since it cannot roll (not that this is a "problem" on normal whistles)
- the holes are actually circles, which they are not on a round whistle if you use drills
- the holes can be closed easier and quicker, therefore the whistles are very responsive
- they are very evenly balanced over the octaves, which might be due to the elimination of some frequencies in a square tube as opposed to a round one
I used different materials for the fipple plugs, sometimes PVC, some I made with delrin and others with wood. The next will be made with wood that I cooked in linseed oil to make them more resistant to moisture. The problem is swelling of the wood which changes the sound when playing for longer times. But wood is just much nicer to work with than delrin (a true PITA to cut the plug from sheets of delrin) or PVC (possible toxins in the material).
I am also planning to sell these one day, once I am perfectly satisfied. The sound, response and handling are already great but the tuning can be an issue for various reasons (the workshop being cold is one of them). I will also try to construct a tunable version. For now I can link a video of Frank Claudy playing one of the aluminium versions and some videos I recorded myself.
https://youtu.be/blGLO5_N52Q
https://youtu.be/a9CattfSHOI
https://youtu.be/Y3vSVW3Iep4
And one video from David Hill:
https://youtu.be/_II73sTpjV8
Top

Polara Pat
Posts: 262
Joined: Tue Nov 14, 2017 9:01 pm
antispam: No
Please enter the next number in sequence: 8
Tell us something.: In an effort to ease from lurker to forum member; I'm hoping that this elite gang of whistlers will help this very green player to advance to the next stage. My current stage is slightly below novice and is only permitted in the garage like the dog I am. Oh yah, not a robot.

. I was going for an industrial look. Like it's a machine part or something.
Top
Post Reply
8 posts • Page 1 of 1

Return to “The Chiff and Fipple Whistle Forum”