All about flanges and dental hygiene. And hummus.
Post Reply
12 posts • Page 1 of 1

This is a really nice one. An eight-holer. Steel.
Top

Steel Phalanges are pretty awesome too..

http://www-arts.sssup.it/Cyberhand/introduction/biomechand.htm
anniemcu
---
"You are what you do, not what you claim to believe." -Gene A. Statler
---
"Olé to you, none-the-less!" - Elizabeth Gilbert
---
http://www.sassafrassgrove.com
Top

I never imagined that you were a flangist, Dale.
Wizard needs whiskey, badly!
Top

Re: A Steel Flange

I can think of only one place this will end up.

FJohnSharp
Posts: 3048
Joined: Thu May 30, 2002 6:00 pm
antispam: No
Please enter the next number in sequence: 8
Tell us something.: I used to be a regular then I took up the bassoon. Bassoons don't have a lot of chiff. Not really, I have always been a drummer, and my C&F years were when I was a little tired of the drums. Now I'm back playing drums. I mist the C&F years, though.
Location: Kent, Ohio

Of course, the evil and sinister Cogswell makes a great cog. 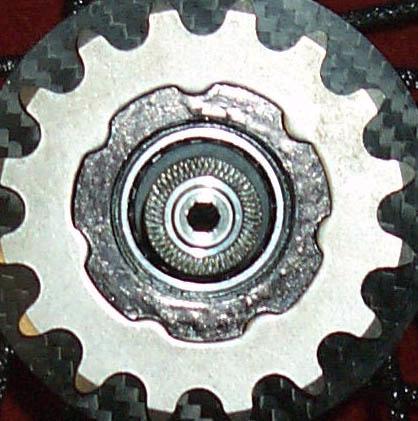 Ok. Sprockets and foot anatomy are allowed on this forum.
Top

FINALLY, a forum in which I can show an inkling of my geekiness. Real men work in vacuum. Some vacuum flanges:

The principle of an all-metal vacuum seal:

I had a pen from a vacuum company with the phone number, 1-800-FLANGE1 printed on it in big characters. I just felt geekiness oozing from it. But then, I guess it could just as well be a plumber's pen or something.

And, BTW, it looks as though one of the earlier fittings, the one bone quint posted, is either a vacuum flange (kwik flange, probably trademarked) or from the dairy industry -- vacuum and milk have similar requirements. And it's a nipple, not nipples -- if it had only one flange it would be a half-nipple. Seriously. Ponder that one if you think anatomically.
Charlie
Whorfin Woods
"You do not throw rocks at a man with a machine gun." -- Rowdy Roddy Piper
Top

ceadach
Posts: 207
Joined: Wed Sep 20, 2006 5:03 pm
antispam: No
Please enter the next number in sequence: 8
Tell us something.: I am not spammer, I am a human being!! More power to those that foil them!!! The brown fox jumped over the red fence, for what reason, we can not tell you...
Location: St. Paul, MN USA
Contact:
Contact ceadach
Website

Yep, I'm forced to admit Walden when I first saw "Flanges" that this is what leapt into my mind.
"Kindness is a mark of faith, and whoever has not kindness has not faith."
Muhammad

"Immature poets imitate; mature poets steal; bad poets deface what they take, and good poets make it into something better, or at least something different."
T.S. Eliot
Top
Post Reply
12 posts • Page 1 of 1

Return to “Pictures of Flanges, Poems about Dental Hygiene, Recipes for Hummus”